Customers who buy Regispel rolls contributes to the development of children and adolescents assisted by Instituto Cesar Cielo.

From now on, the thermal coils that Regispel sells in the cities of Santa Bárbara do Oeste and region will have a percentage of their value reverted to the ICC (Cesar Cielo Institute) through the Coupon Campeão project.

This novelty will be printed on the back of your reels, so your customers will know that you and your company embrace the socio-sports cause with the children and youth public.

The ICC is a non-profit civil association created by the three-time swimming world champion Cesar Cielo. Its objectives are exclusively educational, sporting and social, of a philanthropic nature. The ICC’s mission is to encourage and promote the practice and development of Brazilian swimming. 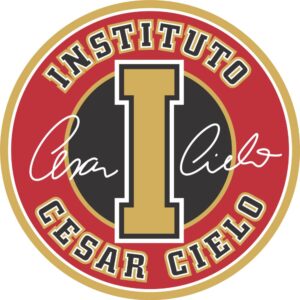 The only Olympic champion in Brazilian swimming, Cesar Cielo has a curriculum that qualifies him to develop projects in the sport. In addition to three Olympic medals (Beijing/2008 and London/2012), he won 16 medals, 11 of which were gold. He is three-time world champion in the 50 m freestyle and two-time world champion in the 50 m butterfly and is also the world record holder in the 50 m (20.91) and 100 m (46.91) in freestyle. He is also the fastest in the world in the post-costume era (21s32). He also has eight medals won in Pan American Games (Rio/2007 and Guadalajara/2011), seven of them gold.

To make his contribution to the development of the sport also outside competitions, the champion created the Cesar Cielo Institute on May 27, 2010, with the mission of encouraging and promoting the practice and development of Brazilian swimming.

Chaired by pediatrician Cesar Cielo, the swimmer’s father, the Institute’s objectives, defined in the statute, are: